Click Here For Measure Estimate Software Try It For Free 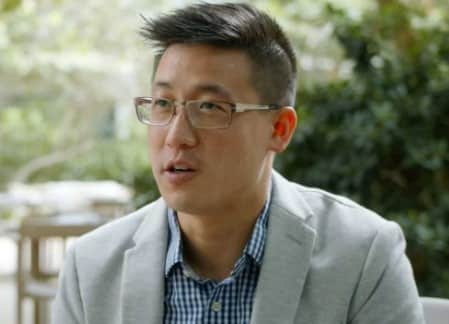 Justin Saeheng was recently the Head of Construction Technology at Stanley X, where he was responsible for the division’s strategy, vision, and overall operations. During his time there, he set up Stanley Black & Decker’s first construction technology team and launched their software platform as well as completed the first acquisition in this space for the company. Prior to Stanley X, Justin led product teams across various startups and large enterprises. Most recently, he was at a Series A software startup leading the Supply Chain team on first-to-market logistics SaaS features. Justin was also a product manager at Uber Freight and Adobe. Early in his career, he worked in venture capital and strategy consulting.

He is also a member of Measure Square’s Advisory Board. He’s certainly been a valuable source of insight.

So here’s an interview we had with him:

Q: What were some of the lessons learned at Uber?
A: Culture eats strategy and it was very visible at Uber amongst the many teams that operated. There’s not just 1 culture at a company, there will always be micro cultures within different teams, functions and products which will lead to motivation (or demotivation) driving productivity for the specific team.

Leadership needs to have clear priorities for the rest of the business to align to and operate. Without having defined and rational goals for the business, teams will ultimately turn to each other, compete for resources and become more unproductive.

Customer obsession is key to understanding user needs, areas of opportunities and areas that are not in scope. We frequently talked to customers, rode with customers and visited their work whenever we could because that’s where a lot of the insights came from.

Q: You spent the past couple years at Stanley, where you focused on building their construction software division. So what are some of the interesting trends in the space?

A: Construction robotics is a very interesting opportunity that still has massive potential. Only a few companies are pioneering the space and really driving toward scale beyond a few pilots. I’m excited to see what other robotic opportunities are developed in addition to automating simple manual tasks which is already ground breaking.

Computer vision and 360 degree capture gained a lot of momentum last year with many companies raising subsequent rounds at higher valuations. These companies take 360 photos that are captured at a job site to maintain progress reporting and/or quality control by comparing actual build-to-the-3D-model overlay.

Wearables and IoT is a very interesting trend to monitor. In some of our previous attempts, getting the field to adopt an IoT device on their PPE or even on their phones could run into issues, such as consistent adoption, leadership buy-in, connectivity issues, or even unions. However, in the quest for the holy grail in matching productivity to estimating projects, getting the actual productivity has proved to be the bigger hurdle due to these issues. As some of their barriers break down, such as leadership buy-in turns into mandates from the top or improved connectivity, there can be a really interesting opportunity to marry both IoT and 360 degree progress capture to get an accurate productivity metric.

Q: How about the opportunities for construction software?
A: Construction AI being applied to construction workflows. Right now there’s a lot of software apps out there that solve common workflows like design, bidding, task management, reporting etc. However, the industry is just at the beginning of collecting the data it needs to move toward AI level prediction and/or automation for these common workflows. AI is already being used for the robotics piece but there’s still a lot of manual workflows that can benefit from machine learning and AI.

Note: Here’s an article about best practices to leverage construction technologies on a job site.

Q: You recently joined the Measure Square advisory board. Your thoughts about the company?

A: What I typically look for in a company is the leadership, the product, and the overall culture. I was really impressed by Measure Square’s team and leadership because of their humility but willingness to take feedback. For a company that knows its space so well inside and out, they were open and receptive to partnership opportunities, feedback on their product from customers and third parties as well as learning from other companies. Their product is simple to use and intuitive for their industry which also can be used in other trades as well. I particularly liked how they’ve digitized the flow from estimation to quoting all without having to print out more paper and email various documents just to get a job started. The team itself has a warm culture that’s inviting to anyone interested to learn about the business and what they do. What was particularly impressive was the speed of how quickly they can build or adjust a product based on some feedback. For a team that’s dispersed across the globe and for its size, it is truly unique and special.

I also like how Measure Square has been able to build a platform for different environments. The mobile app works great in the field, with integrations to popular laser distance measuring devices. You can also easily create estimates on site, which helps to drive sales.

Then there is Measure Square’s commercial software which allows for the design of complex and sophisticated projects from commercial construction to multi-family.

The company also continues to invest heavily in new products. For example, JobTracker is a powerful mobile app that tracks projects. A key benefit is the connection to Measure Square’s takeoff data. This means much less manual data entry!

So I’m excited to advise this amazing team and line of trusted products!

No comments to show.